Once I got my topography in Revit, I added some major landmarks that are relevant to the site.  Beef Burger is to the east, the UNCG pedestrian underpass is to the west, train tracks are north, and Lee st. is south.  All of these landmarks are roughly in place in my revit model.  This allows me to work in scale on possible site plans.  The large circle represents a bus round about, such as the one next to the library.  The train station is a mass at this point, as I have not developed the plan yet.  I played around with a basic rectangle and a cross as well.

Here are some screen captures of my process: 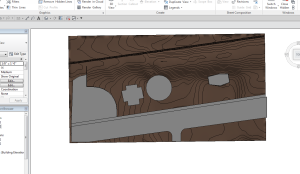 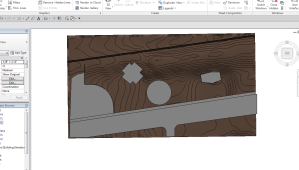 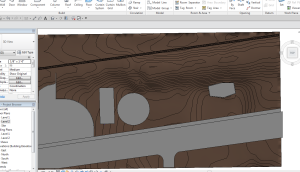 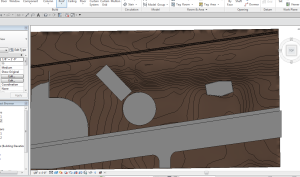 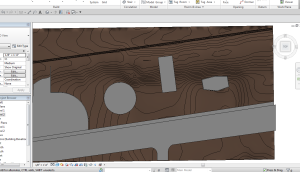 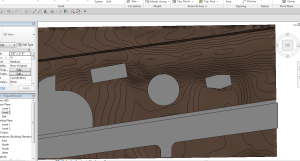 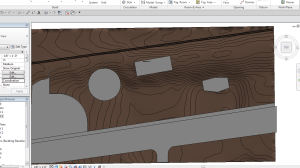 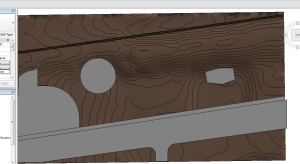 Going through this process brought several ideas to the forefront that will be key in finalizing the site plan.

-The bus turn around is about 95′ across, which makes it one of the largest aspects of the site.

– The site elevation decreases from west to east.

-The site elevation dramatically increases along the north side which will play a major role in the connection of station to tracks.

– The site should focus on pedestrian, bike, and bus traffic, with less emphasis on car parking.